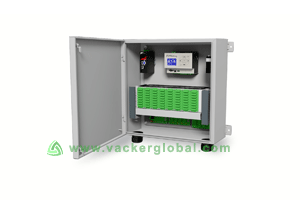 A phenomenon of reception of physical values that can be transformed into digital form is generally termed as data acquisition. This process uses Data Loggers or sensors and a computer for doing so which eventually is displayed on the display screen. In the present context of growing technology data acquisition system is considered vital in areas where precision is of must. Here, we will talk in detail about data acquisition along with data acquisition system. Vacker Nigeria supplies Data Acquisition Systems in various cities of Nigeria like: Lagos, Abuja, Kaduna, Port Harcourt, Ibadan, Kano, etc.

What is a Data Acquisition System

Conversion of analog data input into a digital form with a combination of both hardware and software can be commonly understood as data acquisition system often abbreviated as "DAQs/DASs". It consists of 3 major parts namely: sensor, DAQ unit and computer. The sensors record data of all the parameter readings. The shape, size and quantity of sensors may differ from system to system. The DAQ units convert the analog signals into digital forms. It is the link between the sensor and the commuter. It bridges the sensors with the computer. The analog signals received from the sensors are converted into digital signals which are eventually transmitted to the computer for further utility. The computer, which is the ultimate segment of the system, receives such converted digital data is made available for additional courses. Additional courses may include storing, analyzing, processing, cleaning, etc. For example: the software based on the system can generate graphs on the basis of data made available to it or the system can assist engineers to examine whether or not the humidity range of the room is within the desired range. These days, the data acquisition systems come with wide-ranging software along with user interface to facilitate the users to carry out a wide range of applications. Change is inevitable hence this system has been modifying and keeping pace with time since its inception in the 1960s. However the importance of this system has not changed.

As mentioned earlier, it is evident that the scope of data acquisition system is boundless. It can be used in various fields for various purposes. For example: DAQ is used by the scientists for measuring and forecasting natural phenomena. It is used by the meteorologists for keeping track of weather and thus forecast them. It is used by the product designers for quality control on design of the products. DAQs are further used as sample on defective items so that the flaws on the product can be checked for future production. It allows the user to know what went wrong and how it went wrong so that it can be prevented from happening again in future. Further action plans can be prepared from the defective samples with the help of DAQs. Being more distinctive, DAQs are used in the automation of production. The input, processing and the final output, all can be monitored with the application of DAQs.

The Future of Data Acquisition Systems

It is very evident that the automation in the industrial sector is in increasing trend. It has been made probable with the use of DAQs and this is among various other benefits that DAQs have delivered to the world of industrial applications. For instance, today automobile companies are constantly working on various projects so that the building and testing of cars can be done without manual intervention. Such cars rely on high quality DAQs to monitor and evaluate the driving environment which can be downloaded as manuals to the operating computers. Recent major challenge, in the business world is “Big Data”. Company, these days, gather as much information as possible about their product, services and their customers which can be recorded, analyzed, monitored for both present and future context. Many of the companies have already gone online, through which they can know the need of their targeted customers. Despite going online, DAQs can help companies in designing the retail store, creating a productive office working environment, designing a need base product etc.

Vacker Nigeria also provides with apps that can reach the base of the data acquisition that can virtually transform humans into sensors with life. A Crowd-sourced weather application can seek information about the current weather conditions of their local areas and thus can provide real-time updates to other local users of the same application. The scope of data acquisition is broadening with the introduction of new technologies but the theoretical definition of it will remain the same.

Some other pages of interest may include: